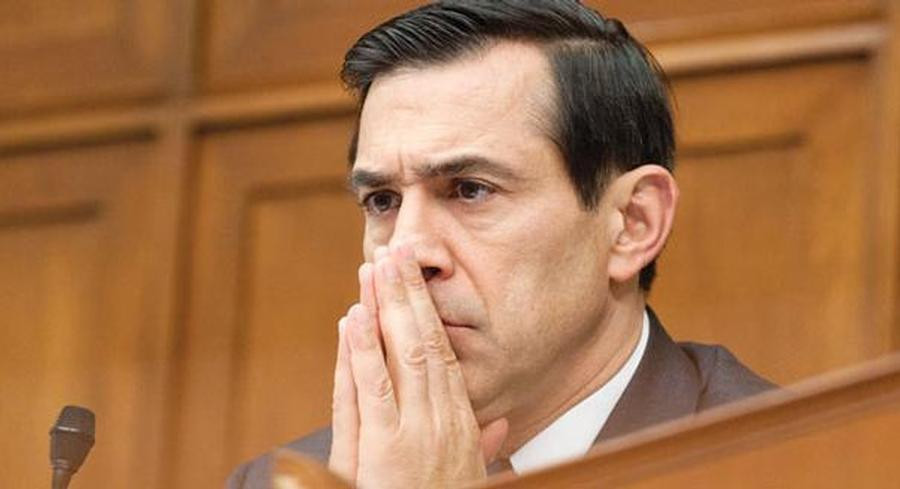 Even as Solyndra itself fades from center stage, the GOP still has plenty of targets in the billions of dollars’ worth of grants, loan guarantees and other investments the Energy Department has made in solar, wind, battery and alternative-vehicle companies, some of which have suffered headline-grabbing stumbles of their own. And Congress’s series of fiscal disputes could provide ample avenues for the Republicans to make their case.

“Obviously we’ve got [continuing resolutions], we’ve got approps, there’s lots of places to have that discussion,” said Rep. Michael Burgess (R-Texas), the incoming vice chairman of the Energy and Commerce Committee’s oversight panel. “And if there’s further investigatory work that needs to be done on that, I’m sure the committee is up to the task.”

Just don’t expect any novel arguments. Supporters and opponents of federal green investments appear to have reached a messaging stalemate.

Critics point to the three loan guarantee recipients to have filed for bankruptcy protection so far, calling their losses the inevitable outcome of the government “picking winners and losers,” one of the suddenly ubiquitous phrases of 2012.

Allies of the spending say inherent risk exists any time the government wades into advanced technologies and argue that — even if several other recipients were to go under in the future — the losses don’t come close to matching what Congress had set aside for potential failures.

For now, Republicans have signaled that their probes will continue. In mid-December, Energy and Commerce Chairman Fred Upton (R-Mich.) and outgoing oversight subcommittee Chairman Cliff Stearns (R-Fla.) demanded that the Energy Department turn over a broad swath of documents related to every loan guarantee issued under the Section 1705 program, the now-expired initiative that provided Solyndra’s $535 million guarantee.

A spokeswoman for Rep. Tim Murphy (R-Pa.), the incoming chairman of the oversight panel, said it is “premature” to discuss whether similar inquiries will play a role in his 2013 agenda.

Meanwhile, several parallel GOP investigations remain on the backburner, needing Republicans only to turn up the heat.

House Oversight and Government Reform Chairman Darrell Issa (R-Calif.) has pursued probes into Abound Solar, which drew down $70 million of a DOE loan guarantee before closing up shop earlier this year, and BrightSource Energy, a solar firm that Issa alleges used political connections to land a $1.6 billion loan guarantee.

Burgess said he’s ready to move on from the specific investigation into Solyndra, which produced several rounds of demands by the E&C committee for thousands of pages of administration documents. “My understanding from where things are now, the documents were produced to the committee’s satisfaction,” he said.

There are plenty of other potential targets, Burgess said — particularly any new deals that may be made in the future.

“I think the broader question is, what about these energy policy loans, are these energy loan guarantees going forward?” he said. “I think that is an area that is ripe for discussion.”

But not everyone in the GOP will be coming along for the ride. Stearns, who led E&C’s Solyndra inquiry and helped write the resulting “No More Solyndras” bill, is leaving Congress after losing his August primary in one of 2012’s biggest election stunners.

Meanwhile, Stearns’s bill has reached the end of the line after passing the House in a largely party-line vote in September. The bill, which would have prohibited DOE from allowing private investors to be repaid ahead of taxpayers when a loan guarantee recipient went under, was dead on arrival in the Democrat-controlled Senate. (Three of the only four Republicans to vote against the bill — Reps. Charlie Bass (N.H.), Brian Bilbray (Calif.) and Robert Dold (Ill.) — lost their seats in November.)

In the Senate, incoming Energy and Natural Resources Chairman Ron Wyden (D-Ore.) generally supports DOE’s green energy investments but has said he wants to take a second look, particularly to make sure they encourage “innovation.”

“You can have a young person with a promising idea, maybe they got a little bit of private sector support, they got people who buy their product on day one — they’re essentially dumped in the same bucket with Solyndra that didn’t really seem to have much that was innovative,” he said in November on Platts Energy Week TV.

Wyden’s assertion drew criticism from the conservative Heritage Foundation, which pointed out that Solyndra’s technology was called “innovative” by an Obama campaign spokeswoman.

Regardless of what happens in Congress, some observers say Solyndra has cast a shadow over similar DOE programs that many lawmakers support.

The department’s Advanced Technology Vehicles Manufacturing program hasn’t made a new loan deal since March 2011, a delay that has drawn complaints from Sen. Lisa Murkowski (R-Alaska) and others. In 2012, at least six companies were turned down for an ATVM loan, including auto steelmaker Severstal and police cruiser manufacturer Carbon Motors, or walked away from the process after finding it too restrictive, such as Chrysler, Bright Automotive, Coda Automotive and Emerald Automotive.

The department’s Section 1703 loan guarantee program, which is similar to the program that helped Solyndra, has also seen next to no movement. Several projects are under review — including two nuclear loan guarantees that may end up in the billions of dollars. But those projects have had conditional agreements for almost two years and have yet to be finalized.

DOE announced in April it would move forward on considering 1703 deals for companies whose applications were never finalized under the Solyndra-related program, known as 1705. At least 12 companies showed interest in moving their 1705 application to the 1703 program.

Republicans never got one thing from all their investigative efforts: any smoking gun showing that political favoritism influenced the administration to aid Solyndra, whose major investors included a campaign bundler for the president.

It also didn’t yield a winning issue for Mitt Romney, who invoked the S-word incessantly during the campaign and even made an appearance last spring outside the company’s empty California plant. Before the election, several polls indicated that most voters had never heard of the company.

“I don’t think the Republicans got much mileage out of it,” Energy and Commerce ranking member Henry Waxman (D-Calif.) said.

Burgess disagreed, saying Solyndra was an effective issue, at least “in my neck of the woods.”

Off the Hill, several Solyndra threads remain to be tied up.

Among them: the FBI’s investigation into the company, which made headlines with a raid of Solyndra’s office days after it filed for bankruptcy protection in September 2011. That investigation continues, an FBI spokeswoman told POLITICO.

Solyndra is also close to selling its Fremont, Calif., facility — at a steep loss. And after nearly a year and a half of litigation, it has become all but certain that taxpayers, in addition to private investors, will see little if any of the Solyndra money back.

Read this article on POLITICO Pro.